Dream Daddy: A Dad Dating Simulator was released on Steam last week. You play a single dad that has moved to a cul-de-sac that is inexplicably inhabited by exclusively single dads. You date them. You make dad jokes. I love it, and am going to tell you why. But first, I need to be a buzzkill.

I’m uncomfortable with the fact that this is a game played, at least in my twitter feed, by mostly women. I have the same issues with it as I do slash fiction being written by women. These things tend to be more fetishizing than normalizing and supportive. And in fandom, I think that slash is so popular due in part to a large heaping of internalized misogyny. There was a good essay I read on this that I cannot find to save my life, but I can’t mention loving this game on the internet without a casual reminder to treat all people like people and not weird caricatures of relationships.

Although, if we’re going to fetishize dads having healthy, supportive relationships with their children, I AM HERE FOR IT.

Secondly, I’m upset with the game creators for not making a Linux version and then ignoring inquiries about it. You can tell me Linux is too hard. It’s cool.

I got it to work in Steam through PlayOnLinux. 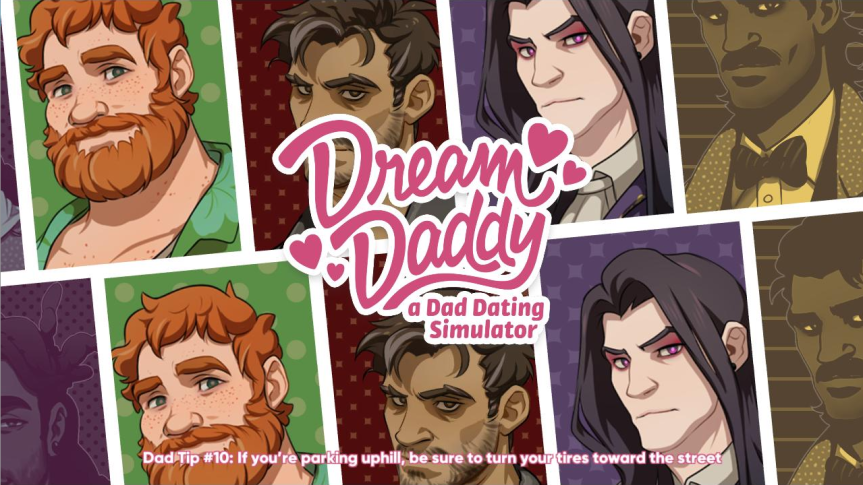 You build your character (there are binder body types!) and have the option to wander the neighborhood with your daughter. If you’re feeling antisocial you end up meeting all your single dad neighbors at a barbecue. Your dating life is facilitated by Dadbook, obviously. 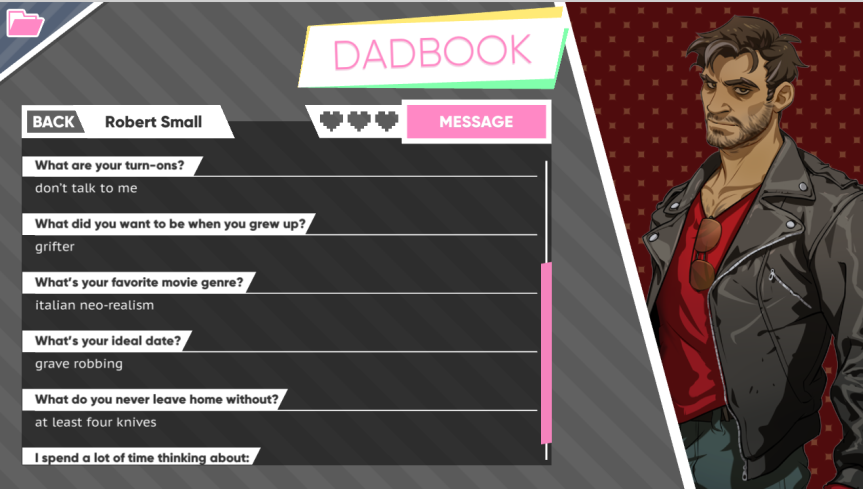 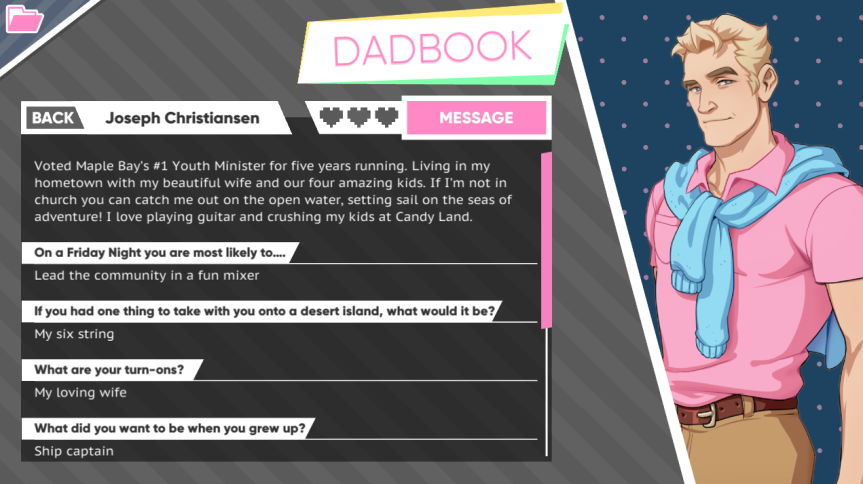 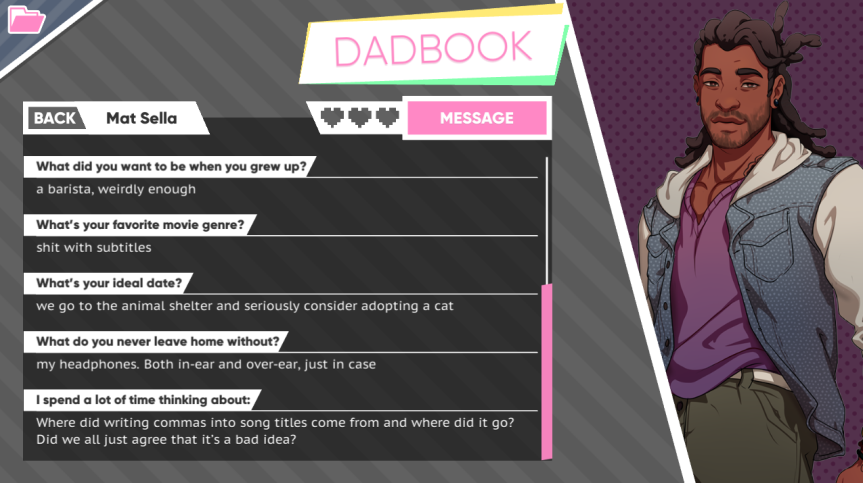 And yes, there are some weird things going on with Youth Pastor Joseph. 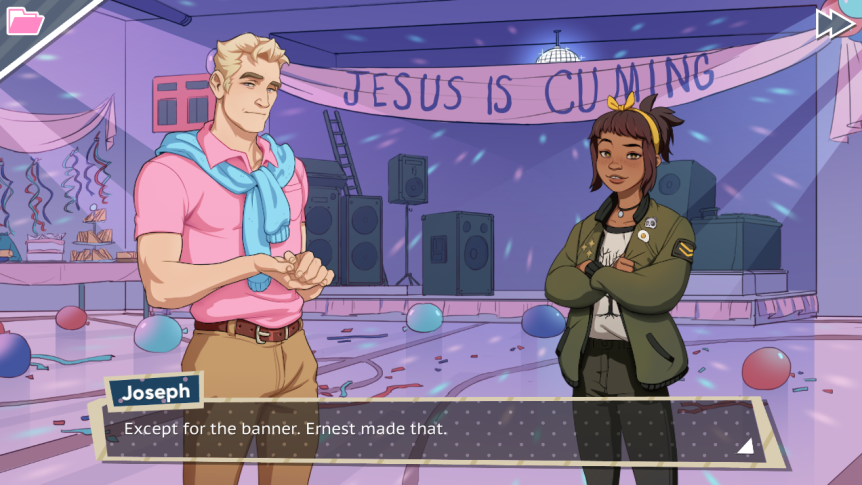 You help him fix the banner because you’re a nice dad. Or you don’t. He’s got a hidden achievement that may or may not be bugged and it is my current mission to live on his yacht with him. There is something weird going on in this man’s life.

Somehow all of the other characters have equally compelling story lines. 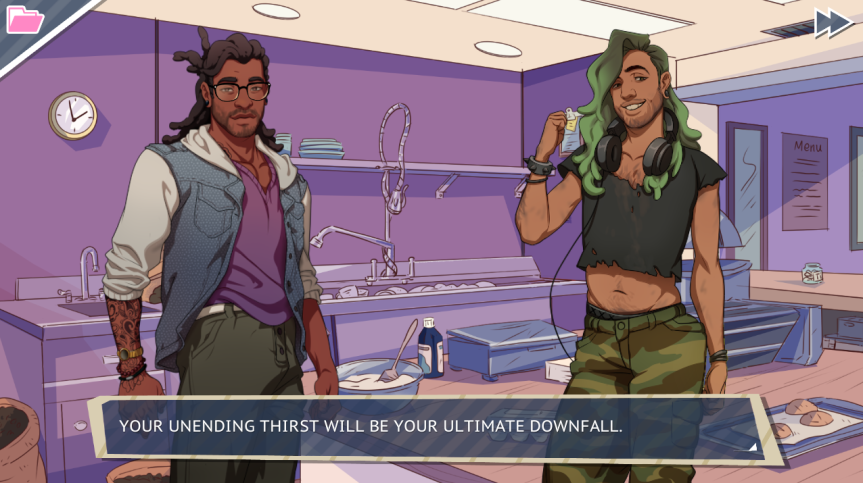 But what they all have in common is the ultimate fantasy of a dad with a healthy, supportive relationship with his teen daughter. 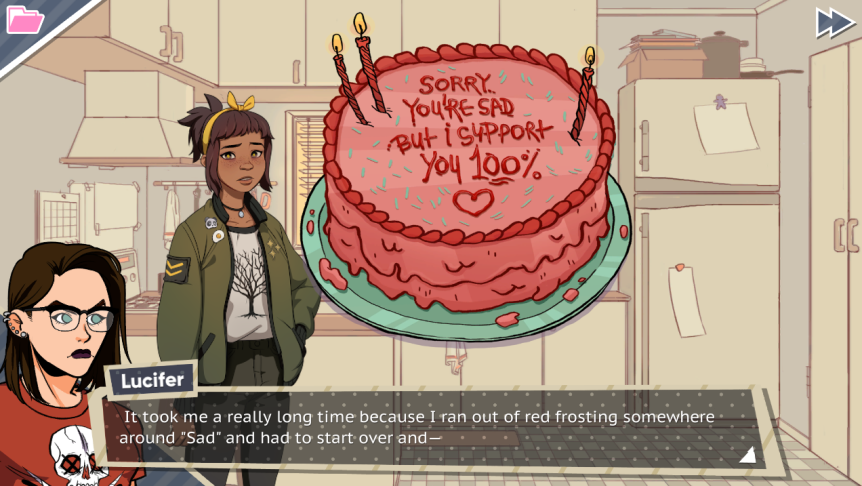 Dial the fantasy back some, wow.

Can anyone else top me for judgement inducing Steam purchases? Or have I peaked?

Do you want me to review a specific product? Leave a note that you want your donation to go towards it!

There was an error retrieving images from Instagram. An attempt will be remade in a few minutes.

# Other places on the web

Lovely header by Art by Lønfeldt on Unsplash.